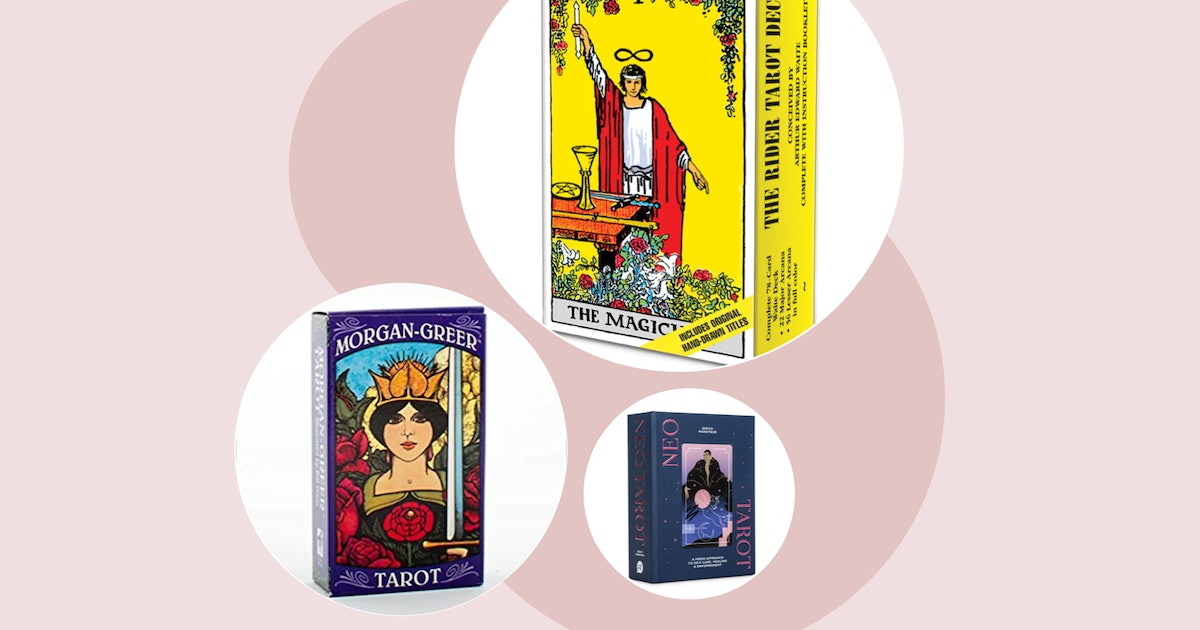 4 Best Tarot Card Decks For Beginners, According To Practitioners

These days, it seems like tarot readers are everywhere you scroll. But divination is not a modern practice. Practitioners have used tarot to guide them through life’s challenges for centuries, so it’s no wonder you want to incorporate it into your spiritual practice. The best tarot decks for beginners are a great place to start.

“Tarot is great for getting a new perspective when you feel stuck in any area of ​​life. It’s like a doorway into the psychic world, and anyone can practice it,” said astrologer and tarologist Ryan Marquardt at Bustle.

Each tarot deck contains 78 cards and is divided into two subgroups: major and minor arcana. The set of Major Arcana represent important life lessons like karmic relationships, while the Minor Arcana symbolize the smaller scale themes you face on a daily basis. To start reading tarot for yourself, you should have an open-ended question, like “What do I need to know to make the best decision for my career?” Meditate on this question by shuffling the cards in any way that suits you.

When the cards seem shuffled enough, you can draw a single card and see how that tarot card’s meaning applies to your situation. For example, if you’re asking the universe if you should call it quits with your partner, drawing the high priestess card – which reflects the duality of relationships – could be an indication to have patience and listen to what your intuition. You can also draw a three-card draw, where each card represents the energy around your situation, the action you need to take, and the outcome. Once you’ve drawn each card for your draw, pay attention to the bigger picture – what’s the overall mood of the card and how does it relate to your question and situation ? Take what resonates and leave what doesn’t.

Each tarot card has its own unique energy, which is used to channel advice on love, career, money, etc. But you don’t have to be a seasoned mystic to start using tarot cards either. All you need is focus and the right deck. Ready to decode the messages of the universe? Keep reading for the best tarot decks for beginners to get you started on your divination journey.

The Rider-Waite Tarot deck, also called Rider-Waite-Smith, was created in 1909 and is one of the very first mass-produced tarot decks. “Rider Waite is the best-known tarot deck and provides standard card descriptions that can be found in many other versions of the tarot,” astrologer and quantum oracle Imani Quinn told Bustle. “It was also created by a biracial black woman, which is relatively unknown and unusual for its time.” Due to its long-standing use among tarot practitioners, this classic deck is a must-have for all beginners.

The Morgan-Greer Tarot deck is a contemporary version of the traditional Rider-Waite deck. Its simplified design makes it particularly accessible to beginners. “It’s a great way to learn the traditional meaning of the cards,” says Marquardt. “The imagery has a retro feel that’s vibrant and comforting at the same time.” If the classic Rider-Waite tarot deck seems too esoteric, then the Morgan-Greer tarot deck is a great alternative.

The occultist Rachel True (who played Rochelle in The job)followed his love for intuitive practice to create the Intuitive True Heart Tarot. It is bright and modernized, so it is completely accessible to beginners. “It looks like a full spectrum of representation and it’s within reach of anyone,” says Marquardt. “The depictions on these cards stay true to Rider-Waite imagery, but have been revamped and modernized so you can derive new interpretations from each card.” Elegant and inclusive, TStreet Heart Tarot Intuitive is an excellent gateway into practice.

If aesthetics are important to you, you may enjoy Jerico Mandybur’s products. Neo Tarot deck fresh and inclusive design. Created by tarologist Jerico Mandybur, the neo tarot deck break down all kinds of barriers. “This deck is known for its non-binary imagery that allows for the inclusion of those who live outside of our traditional gendered archetypes,” Quinn says. It also offers self-care exercises with each card. “The self-care tips give practitioners a practical application to understand how these cards may play a role in their daily life situations,” adds Quinn.

If the nuances of tarot seem daunting, know that it takes time to truly master the power of tarot. With diligent practice and the right tarot deck, you can also become an intuitive reader.