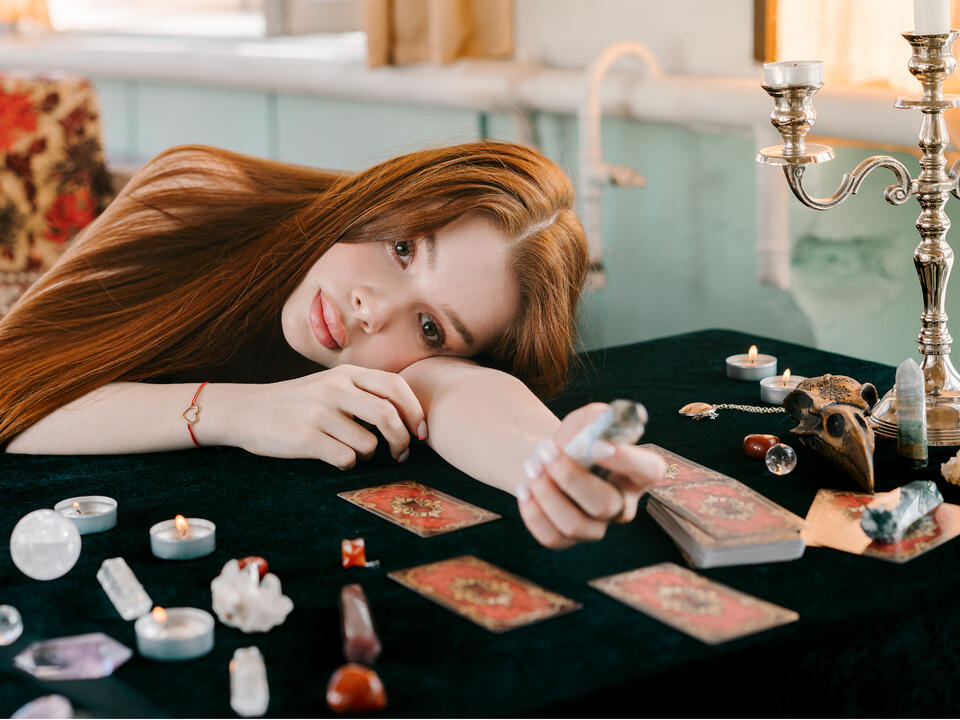 * This is a work of non-fiction based on actual events as told to me by a family member who experienced them first hand; used with permission.

My mother has always had a passion for tarot card readings. One day she was reading the local paper when she saw a coupon for a free question from a psychic tarot card reader.

She called the tarot card reader and asked the woman a question. To my mother’s surprise, the woman was very insightful in her response. She even knew the initials of my mother’s first boyfriend, which my mother found particularly intriguing.

“How did she know his initials?” my mother asked me. “It must have been more than a coincidence. So I figured she was the real deal.”

When the psychic asked my mom if she wanted to make an appointment for an in-person tarot card reading, my mom jumped at the chance. She made an appointment and waited excitedly for the day to arrive.

“I couldn’t let this chance pass,” my mother said. “When day finally came, I walked into her dusty office, and there she was, a skinny woman who seemed pretty scary, to tell you the truth. I had a bad feeling about her right away, but I couldn’t force myself to leave. I was scared.

My mother and the clairvoyant were seated at a round table. The medium spread out her tarot cards and told my mother that she had “evil spirits surrounding her” “everywhere” she went. She said my mom should try to get rid of evil spirits, “no matter the cost,” then she told my mom the cost.

My mother was completely shocked. She liked tarot cards and psychic readings, but it was a lot of money. The woman’s greedy money annoyed my mother enough that she never came back.

“At first I really liked her psychic readings,” my mother told me, “but then she made a big one of them. flim-flam.”

I recently bought my mom her own set of tarot cards and a book to help her with her own readings. Now she can have a personal tarot card read whenever she wants, and she doesn’t even have to leave the house or pay exorbitant sums to someone who clearly doesn’t have her best interests at heart. my mother.